God is Bigger Than Our Struggle

I just finished a 7 week study on the book of Job with my ladies sunday school class and we had some amazing discussions!  Here's a brief summary of what we can learn from Job.  It's a commonly known story, one of great loss and sorrow.

We see Job, a man who is upright and blameless before God leading his family in faith.  The Bible describes his piety this way; he was a man "who feared God and shunned evil." (Job 1:8)  After tragedy struck, he holds fast to his faith and trusts God.  As we read from this side, we get to see the little detail that God actually points Job out to Satan and then gives the permission and the power to Satan to administer the adversity in Job's life.  This makes a lot of people turn off right away.  It's one thing for us to accept tragedy when we can blame it on Satan, but to see that this actually was initiated by God is another story.  In Job 2:10 he addresses this issue when he asks the question of his wife, "shall we indeed accept good from God, and not accept adversity?"  The first step to getting through unexplained tragedy, is to accept that nothing happens without God's permission.  We have to realize that His ways are not our ways, and He has a purpose for every single thing that happens in this life.  Job understood this.  He never did get to know why God allowed so much adversity, but He chose to trust anyway.

As if he hadn't suffered enough, Job's friends came to him attacking his integrity.  They were so convinced that he had committed some heinous sin that brought on all this punishment.  They had the idea of God that He only sends bad things as way of punishment to those who have sinned.  In their minds, this much suffering was evidence of huge unconfessed sins.  Of course, we know (and Job knew) that he wasn't being punished for sin.  He knew God brought this to him, and he had no idea why, but he knew that he had served God and was faithful to Him.  How awful it would be to go through something so tragic, only to have your religious friends accuse  you of some wrong doing.  It's important that we take personal inventory of our walk with the Lord often.  There absolutely are times when trials are a result of our sins, and Job even took time to repent of any unknown sin and asked that he be searched out to see if there was sin in his life.  There are other times, however, where suffering happens for reasons completely unknown to us.  There are times that we are NEVER given a glimpse into the why and how of what we are going through.  Job chose to trust God anyway.

At the end of the book, we see God come to Job in a whirlwind after Job has defended himself to his three friends (turning into a pity party later on), and after Elihu (a younger member of the group) came and put all of them in their place.  I love how God begins his conversation with Job;  MAN UP!  (my own personal paraphrase).  In Job 38:3 he tells Job to "prepare yourself like a man".  He was about to set Job straight about who He really is.  We see that God is the only one who has all the power of the universe.  He created the world, not us.  He tells the tide when to stop, tells the moon where to hang suspended in the air,  tells the lightening where to travel.  His purposes are for HIM to determine, not us.  Well, Job did "man up" and realized that as faithful as he had been TO God, he really didn't KNOW God.  I've been there too!  I learn more and more about who God is as I experience Him in my everyday life.  I believe we all have a "Job moment" (or many Job moments) where we are stripped bare of whatever we hold onto and have no choice but to walk away from God, or really get to know who He is.  When I have those moments now, I imagine God saying to me, "put on your big girl pants and just trust Me!"  Job chose to trust God in that moment, and He experienced Him in a way he never had before.

This is nowhere NEAR the amount of treasure you can find in the book of Job, so I STRONGLY encourage you to take the time to study the entire book.  Dig into the culture, study it in proper context and in its entirety.  But just remember, our trust in God and what He's doing in our lives should not be based on our own need for control.  Even when we do not have a reason for our adversity, we can trust God simply because He is God and we are not.

I am happy to walk through this study again with anyone who has questions about what you're studying, so feel free to ask!  (As always, if I don't know an answer I will help you find it.)
Posted by Melissa Goepfrich at 11:19 PM 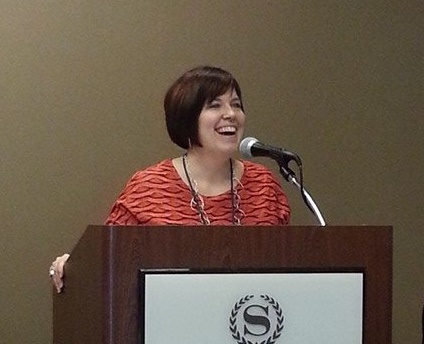